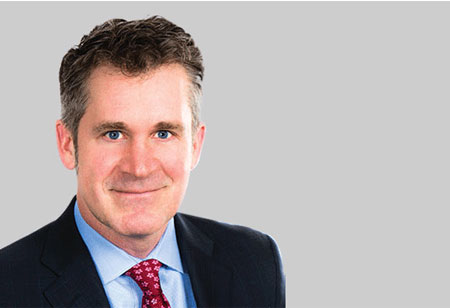 THANK YOU FOR SUBSCRIBING

Is Enterprise Storage Having A Netflix Moment?

Many of us vividly recall the rise of Netflix, and the simultaneous demise of the quintessential video chain store - two market dynamics not entirely unrelated. While Netflix first started out as a DVD mailing service, it capitalized on the rapid proliferation of high speed internet and mobile bandwidth to offer streaming movies, kicking off a revolution in the Media and Entertainment (M&E) industry.

One could argue that the ripples of the Netflix effect are felt well beyond the M&E space. For instance, content service and telecommunication providers have almost entirely transformed themselves over the last two decades to serve the needs of the modern consumer of digital content.

The Netflix story offers a number of intriguing parallels to the enterprise storage world. It’s no coincidence that the forcing function behind the rise of distributed, scale-out, software-defined storage can be traced back to massive improvements in network bandwidth, as in the case of Netflix. However, the likeness goes well beyond a common technology enabler.

There is a fundamental disruption by open software-defined storage vendors that has changed the way the modern enterprise consumes storage. As a corollary, any storage vendors who fail to adapt are headed toward extinction.

How Traditional Storage Vendors Are Being Netflix-ed.

The pre-Netflix world was ridden with multiple levels of lock-in that today’s movie watchers might find unacceptable. Not only were customers locked into a movie rental chain, they were limited by the stock at their nearest store. In addition, movie choices were limited by the type of player one had at home – the highest quality DVD or BluRay movie didn’t mean much if all you had was a cassette player.

Vendor lock-in is regularly listed in the top three CIO pain points. The cloud offers some relief but proprietary data formats and protocols offer an equally unappetizing flavor of lock-in, especially as data gravity locks customers into a single public cloud vendor. CIOs are advised to employ a multi or hybrid cloud approach to enterprise storage.
Master of one.

Apparently, it isn’t enough that Netflix customizes our choices by taste. The modern family wants to be able to watch each of our favorite shows - all at the same time. Similarly, CIOs have to cater to highly disparate workloads in their price, performance, latency, and capacity requirements. Worse yet, they expect to do it all off of a single storage system. Traditional storage appliances were just not built for that kind of choice. They can be tuned for any one of those masters, but not all.

In some homes, kids watch comparable amounts of Netflix as their parents. Kids - who probably never set up Netflix, are blissfully oblivious to how it magically operates across their devices, and clearly don’t feel the need to understand the nuances of the various pricing options – could end up being primary users of the service. Not unlike how DevOps teams, cloud admins, or NFV (Network Functions Virtualization) operators are increasingly becoming storage consumers without even realizing it. As a CIO, it’s vital to ensure that the storage substrate appeals to these non-traditional storage personas since their purchasing criteria could be vastly different from those of a classic storage administrator.

In an era before movie reviews were a click n’ flick away, you relied on a friend’s recommendation or a movie enthusiast who worked at the store. Sometimes our faith was misplaced. Fifteen minutes into a movie that failed to live up to its high praise, didn’t leave you with a lot of alternatives, especially if it was past store timings. Upgrading to a better movie had all kinds of costs associated with it.

Storage administrators looking to upgrade or increase the capacity of traditional storage appliances, find it cumbersome, expensive, and, in many cases, disruptive to critical enterprise applications. Through rolling upgrades, software-defined storage offers a frictionless path to upgrading both software and hardware components without expensive forklift upgrades or over-provisioning.

Small (and smart) is the new big.

Breaking up large things and processes into talkative constituent parts seems to be a trend in IT. High availability is managed through a combination of extreme redundancy at the lowest levels combined with smarts at the highest levels – the philosophy engendered by the pets vs. cattle analogy.

The classic waterfall software development lifecycle gave way to shorter, agile iterations. Hundreds or thousands of virtual machines that lived on for months, even years, are rapidly being replaced with hundreds of thousands of ephemeral containers that could live for a few seconds. Storage appliance behemoths are being replaced by scale-out distributed clusters deployed on composable infrastructure and industry standard hardware.

But small is nothing without smart. Netflix understood this early when they famously challenged data science gurus and high school students alike with a million dollar prize to help fine tune their movie recommendation algorithm. Just as artificial intelligence (AI) continues to drive Netflix’s creative decisions around hit shows, CIOs looks to a new category of AI-based operations (aptly named AIOps) to predict and manage failures in their storage systems.

In the era of instant personal and professional gratification, being bound to a video player plugged into the wall just doesn’t cut it. Just as Netflix customers want to be able to start a movie on the TV and continue it on their phone in the gym, CIOs want to build out their storage infrastructure to support application portability across the hybrid cloud. Developers mustn’t need to bother where their applications might ultimately live, or how many times it may get transitioned across cloud boundaries.

Thanks to the wonders of modern science and affordable data plans, kids can keep themselves occupied on long trips, sparing weary parents the dreaded question: “Are we there yet?”. Perhaps it’s time to ask the same question of your storage vendor.
See Also: Top Storage Solution Companies 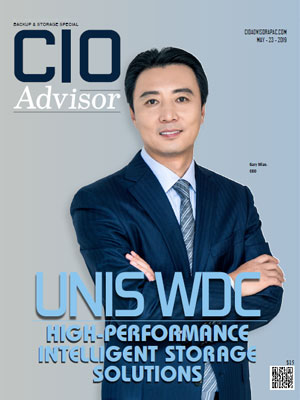 Your Application is Mostly Written by Strangers

ESG Performance - Why It's Crucial To Future Success

Enterprise Digital Transformation is not for the faint hearted: Guiding principles for a enterprise-wide digital transformation

However, if you would like to share the information in this article, you may use the link below: